I should be in Florence this weekend, making monotypes in a workshop near to San Marco. Instead, I am looking back to help me to move forward. This year I will work in my own studio and give myself a ‘virtual’ Florence experience – more later!

Last year I made several ‘Great Goddess’ prints. The ‘Dancing Goddess’ was an image I drew from a lovely little figure I saw in Malta, dating from 2,400 – 1,500BC. She reminded me of so many of the Prehistoric figures, some of which seem to be wrapped in furs or textiles. She was seated, but her perched pose made her legs look as though she was dancing. In this print I brought in some Caryatids from the Acropolis and some modern visitors, witnesses to the sequence of Goddess figures that we have inherited. 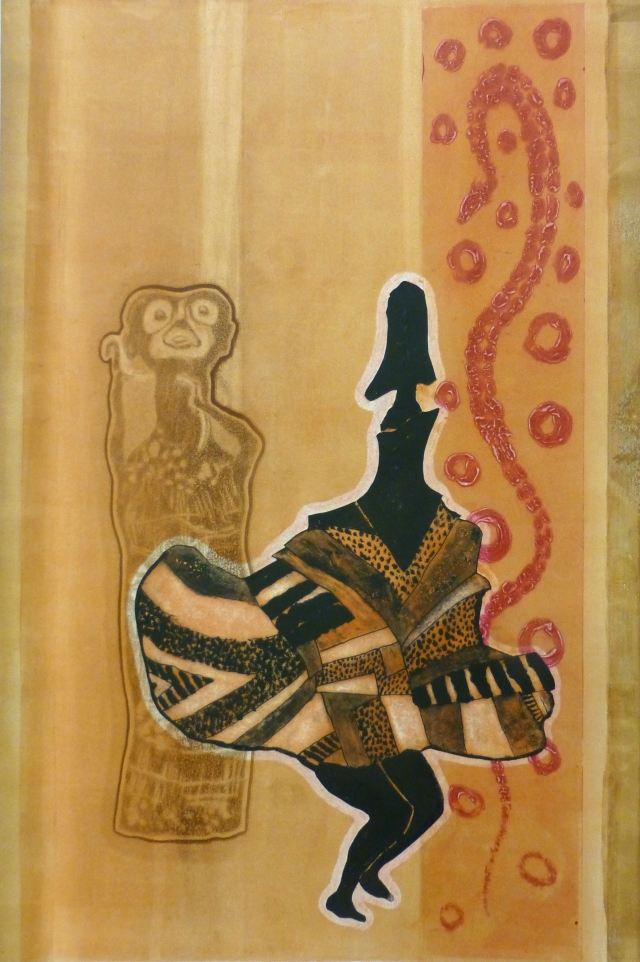 Other Goddesses that I have put together are the Earth Goddess from Mycenae in Greece, who is linked with Python and Demeter. I have a lot more to explore related to these ideas.

I also made several prints trying to bring some of my ideas about Pompeii and Herculaneum together, linking them to some of the imagery of myths of Odysseus.

I think there is a lot more that I could do with these themes. But the other area of work that was a surprise last year, was working directly from a life model in the print room.

This opened the potential to use rollers and card with printmaking inks, allowing us to make direct monotypes and then to work further on each plate to make a series of prints from a series of short poses. What fun! Our Master Printmaker, Ron Pokrasso, dashed around all day, often printing our plates while we worked on different plates, so I was able to make more than 16 prints that day.

We finished the workshop last year by holding an exhibition in our host’s gallery. The workshop is in the Santa Reparata International School of Art (we hope that they are surviving the virus and the lockdown). 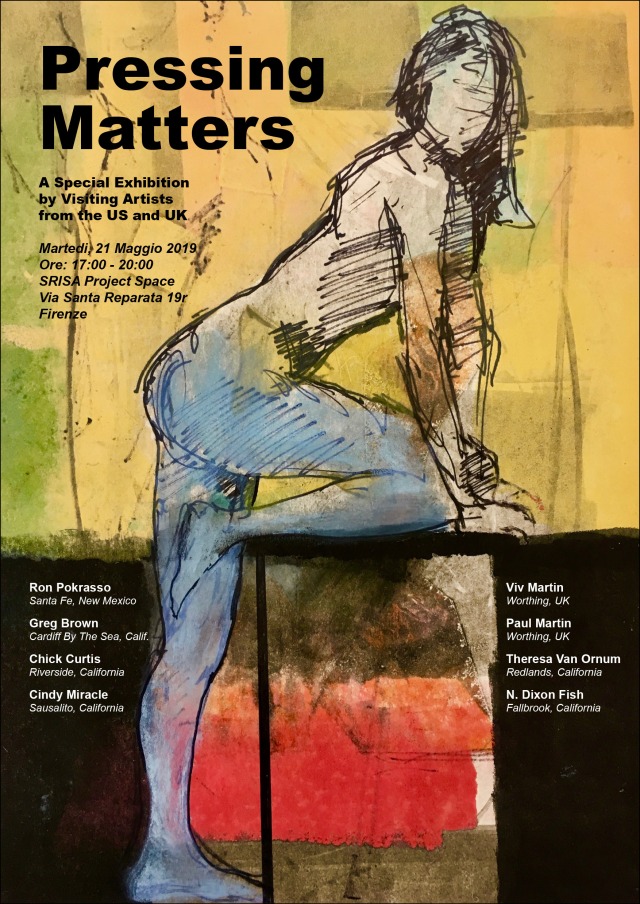 Now I am thinking of how I would be preparing for this year’s workshop if we were about to go. I have been life drawing very regularly since last autumn, so I have a lot of possible groupings of figures to consider. I have another day to decide what I would have taken with me, then I shall try to work in my new studio in a similar way to how I would have worked in Florence. But how I shall miss our Italian and American friends!

Viv is an artist and educator based on the south coast of England.
View all posts by vivmartin1 →
This entry was posted in Art, Uncategorized and tagged Art, Florence, Monotype, printmaking, Ron Pokrasso, studio practice, Viv Martin. Bookmark the permalink.

This site uses Akismet to reduce spam. Learn how your comment data is processed.